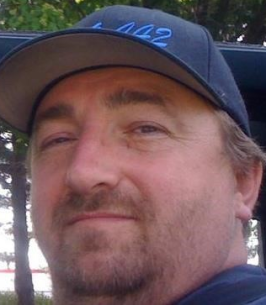 WELKE: Willy August 15, 1964 to August 6, 2022
It’s with heavy hearts that the family of Willy Welke announce his passing much too young, at the age of 57. Born and raised in St. Catharines, Willy passed away peacefully with Alice (CL Wife) and Adam (son) by his side on Saturday August 6, 2022. He was survived by his sons Matthew (Eldon), Adam (Alexandra), grandchildren Isabelle, Mikayla, Isaac and Kyra, Steven, Andrew and Alice’s children Kevin and Nicole (Neil). Willy is also survived by his father Erwin (Johanna), brother Ernie, sister Elfie (Laurence) and many nieces and nephews. Willy is predeceased by his mother Maria (2012). Willy’s many passions in life included his love of cars and building friendships with his coworkers during 34 years of service at General Motors. While the love for his family was evident, his smile was sure to light up the room when spending time with his grandchildren. As per his family’s wishes, cremation has taken place. Arrangements entrusted to PASSFIELD MORTUARY SERVICES 905 682 0474. A visitation will be held at Scott Street Church on Friday August 19 at 11 a.m. and service at 12 p.m. with refreshments to follow.