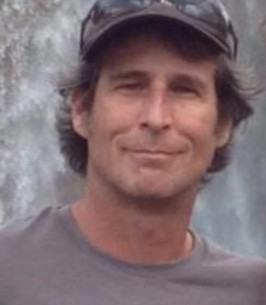 It’s with heavy hearts and great sadness that we announce the passing of a wonderful son, husband, father, cousin, uncle, grandfather, supervisor and friend on January 4th 2022 at the age of 53 years young, peacefully in his sleep at the hospital with his wife and youngest son by his side.

Blood cancer may have tragically shortened his time with us, but his legacy will continue on through his family and friends.

Scott was born on November 18th 1968 in Somerdale, New Jersey to Carol Ruth and Rick Ruth. Scott moved to Canada when he was 4 years old.

Scott met the love of his life December 1989, Misty Hollingsworth. They were inseparable from the beginning. He accepted Misty’s daughter Kristal as his own. After a couple of years they had a son together named Randy, and years after Ryan.

Dedicated to not only his family but his work as well, Scott was a hard and dedicated worker. He always made an impression to anyone he’d come in contact with, with his humour, sarcasm and friendly and caring personality. He was never at a loss for words and made sure everyone had a smile when they were around him. Even when he was picking on you, he could still make you smile!

Those who know him, knew him for his
quirkiness, sarcasm and all around fun personality. He always could strike up a conversation about what he stood firm into believing and made sure he got his points across. Also at the same time, could make anyone laugh and enjoy every word

Special thanks to his nursing staff at the GNGH, who took very good care of him. And the doctors that tried to help him. Scott will be cremated as he has wished

DUE TO RESTRICTIONS OF COVID-19, THERE WILL BE NO SERVICE. WHEN THE FAMILY CAN DO A CELEBRATION OF LIFE, EVERYONE WILL BE NOTIFIED