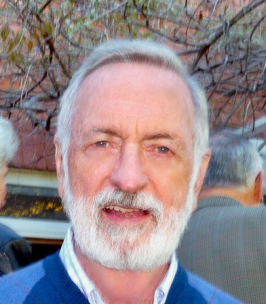 I was born in St. Joseph’s hospital in London, Ontario, a second generation Canadian on my father’s side, and a first generation Canadian on my mother’s side. My father was born in Montreal in 1894, and my mother in Newport, Wales in 1900. I have no knowledge of my father’s family. My mother’s parents came from the West Midlands in England, then known at Worcestershire and Staffordshire, and had migrated to Wales for work purposes. Those years, the late 1800’s and early 1900’s were disastrous for employment. My grandfather was an iron molder, which indicated at least some skills, but he was forced to move to maintain his family. They moved again in 1905 when my mother was five, and settled in Winnipeg, Manitoba, where my grandfather became manager of one of the Dominion Foundries.

In 1917, while my father was stationed with the army in Winnipeg, my parents met, and were married in 1919. They moved east soon after and settled in London, Ontario, where my father worked for some 40 years with the London Life Insurance Company. I was born early in those years.

I grew up in what must have been considered a middle class family and had most of the usual teenage problems. My family was staunch Methodist, although they were active in the United Church of Canada. We were not allowed to play cards, or indeed engage in many other social functions on Sunday. In fact there was little time left over after three visits to church. I attended Ryerson Public School, and London Central Collegiate Institute, and received my degree in Pharmacy from the University of Toronto.

I was interested in music, and studied piano somewhat unsuccessfully. I inherited a respectable singing voice from my mother, who was an accomplished soprano, and became a boy soprano in an Anglican Church choir. This kept me occupied musically until, inevitably, my voice changed, and I became a mediocre baritone. The experience stood me in good stead, however, when I became interested in a girl a few years later, and was able to be a respectable member of the same church choir as she. The relationship with the girl and the choir lasted through most of high school and after, but both ended together when other interests took over. Everyone has some early experiences which remain vividly held in our memory. For me, one that comes to mind, relative to music, was the time spent rehearsing and presenting of Handel’s Messiah with Sir Ernest McMillan. It had become traditional for all of the choirs in the community to come together each year to perform the wonderful oratorio under the direction of McMillan. The London Arena was then the largest space available and was always full to capacity for the performance. It remains thrilling memory.

WWII, which affected all of our lives, was raging throughout all of my years in high school. I was too young to enlist in the beginning, and it was over by the time I had finished high school, a set of circumstances which makes me fortunate I suppose! There was one advantage however, I was able to make use of an offer to allow students, as a contribution to the war effort, to spend 13 weeks on farm service and avoid writing grade 13 exams! I remember spending 13 very long weeks on hands and knees weeding onions in the Blenheim onion fields. I smelled of onions for months afterward! Every family had someone in the forces—brothers, sisters, parents—and all were on edge with concern, whether acknowledged or not, throughout the war. My brother was a Lieutenant in the navy and was the cause of much concern in the family for those years.

After graduating with a degree in Pharmacy from the University of Toronto, I worked in Toronto for a drug store chain called Tamblyn’s, and became Manager of one of their stores in Sunnyside, in west end Toronto. But I was young and single at the time, and soon grew tired of the weekend hours. I then moved to Eaton’s main store, which had a large Pharmacy department, and was closed on weekends!

During that time, a friend from London, who worked as a sales manager for a pharmaceutical manufacturer, approached me with the offer to take over a vacant sales territory in the Niagara Peninsula. This involved promoting the company’s products to pharmacies, hospitals, physicians etc. I moved to St. Catharines in 1955 and roomed for a while in the old YMCA on Queen Street. At that time social life for young singles was very active, with plenty of parties and dances. Everyone had a good time.

I soon discovered that I was not a good sales representative. After a year my employer and I parted company. Fortunately, there were many opportunities available in retail pharmacies at the time, and I was then employed on a temporary basis by Morey’s Pharmacy, which was located at King and James streets in downtown St. Catharines.

After about six months I was offered a position in MacQuillen’s Drug Store on St. Paul Street, which seemed to include future benefits. I stayed there for several years, until the sudden death at Christmas of 1958 of a very good friend, who had been pharmacist at Hotel Dieu Hospital. I had become somewhat disenchanted with retail pharmacy and decided to investigate hospital pharmacy. I telephoned to enquire and was informed by the sister in charge that she had just finished making a Novena to St. Joseph for a pharmacist to replace my deceased friend. I was therefore, according to my father, with many chuckles, an “answer to a maiden’s prayer.” I started the new position in January 1959, and stayed for 30 years until I retired in 1989.

That first year at Hotel Dieu was a momentous one. First of all I started a new job, then my fiancee’s father died, then my father died, and finally in July Barbara and I were married. The ceremony took place at dawn in the garden of Rodman Hall. We had hoped that the sun would appear on time and light the gathering, but unfortunately it was overcast. It was a Baha’i ceremony and was followed that same afternoon by an Anglican ceremony at St. James Church in Merritton. My wife Barbara was born and had grown up in Merritton, and we had met during my time at MacQuillen’s.

We have been privileged to have three children: Jeremy, who was a Principal Dancer with the National Ballet of Canada; Sarah, who received her BA from the University of Guelph; and Katherine, who has her BA in Fine Arts from Emily Carr Institute of Art and Design.

Although I have always had an interest in music, I have occupied more of my retirement time with genealogy. I have managed to produce a family tree of about eleven or twelve generations, learning the basics of computer technology in the process.

There has been time over the years for some community involvement. I was President of the St. Catharines Chapter of the now-defunct Community Concerts Association for several years. We arranged local concerts by internationally recognized classical artists. For a change in focus I was Executive Chairman of the International Wine and Food Society, Niagara Branch. As the name suggests, we have branches worldwide, and are interested in promoting events involving fine wines and gourmet meals for our members. My wife and I have been members of the Shaw Festival for some years, and were volunteers with the Shaw Guild, which helps the theatre with fund-raising events.
For many years Barbara and I have enjoyed summers at Great Oaks on Lake Ontario. There we hosted yearly get togethers for friends, neighbours and relatives. Great Oaks was a magical place, and one that we remember fondly.

Barbara and I have enjoyed close friendships with neighbours on Queen Mary Drive, Thairs Avenue, and the Trafalgar-Yates Street area. Since our move in 1996 to Trafalgar Street we have enjoyed the large garden. The garden became Barbara’s retirement project and she has been tireless in slowly making it into something special. It remains a delightful and peaceful retreat in the middle of the city. The garden has hosted many parties over the years, particularly those held yearly on the 24th of May. The garden also served as the setting for the wedding of Katherine to Phillip McCrum, our 50th wedding anniversary, and my 90th birthday celebration.

Ross was healthy and vigorous to the end. His family are saddened by his passing, but are happy to know that he left many friends and family behind who held him in high esteem.