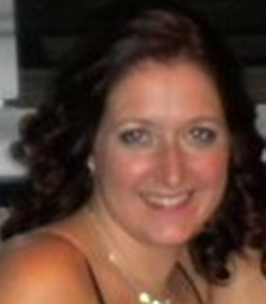 Melanie Elizabeth Locke
She left this world the same way she arrived, too soon.
Born on April 21, 1979 to Michael and Evelyn Locke, she fulfilled their dream of having 2 girls; a younger sister to Natalie. Little did they know she was anything but girly, and wearing a frilly dress usually involved a tantrum and tears. She spent her childhood growing up in St. Catharines, with no less than a pair of bruises and at least one bandaged scrape from one of her failed attempts at climbing a tree, scaling a fence or hopping a creek.
Her younger days were filled with what most of us would call the best childhood memories possible; Mom letting the kids lick the cake batter out of the bowl, cartoon filled Saturday mornings, and Dad treating his girls to a fresh long john from the doughnut shop. Those years were also highlighted with a few antics like mistakenly swallowing the Lite-Brite pegs thinking they were Jelly Beans, riding the laundry hamper down the staircase when there wasn’t enough snow outside, or the time when Mom sent Dad out to buy school shoes and returned with a pair of budgies instead. As the years went on, there were countless rounds of Rummy with Billy Joel blasting out the ghetto blaster, and Dirty Dancing watched so many times the VCR got jammed.
But her life became complete when she went from being known as Mel, to being called Mom. Her children, Austin Michael William & Taylor Ashleigh Elizabeth were the love of her life and the true apple of her eye. She wore her title proudly, as they were her heart and soul. She always said her house was messy because she was busy making memories. The years that followed were filled with much love and laughter, and eventually her title went from Mom to also being called ‘Gammy’ to Baby Zach.
Some of her years were also shared with a few special people that left an impact in her life, and despite some of the hardships, she always found a way to start over and smile. It’s no secret that some of her struggles were also hard for her to overcome; but she always kept an open heart and an open ear to anyone that needed her. Melanie kept no secrets about her challenges, and she talked about depression in hopes that she could shine a little light for someone feeling lost in darkness, to let them know they were not alone.
But on August 31, 2022 Melanie left this world with the greatest lesson we can all learn from her; to live passionately, love deeply, and not be afraid of the storm.
Everyone is welcome to join Melanie’s Celebration of Life, to be held October 2, 2022 from 1-4pm at the Merritton Lions Club Hall at 7 Park Avenue St Catharines.

In the words taken from her most favourite song;
"Don't worry 'bout a thing; 'Cause every little thing gonna be all right"
(Bob Marley)