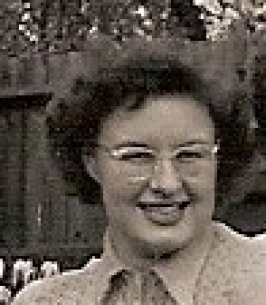 SIMS, Joan Muriel (nee Langley) - Passed away peacefully, surrounded by family, in her 92nd year, on Monday, June 27, 2022, at the Upper Canada Lodge nursing home, Niagara-on-the-Lake. Joan was born the second child and eldest daughter of a family of five children to Harry and Olive Langley on Sunday, October 26, 1930 in Hounslow (Middlesex), England. She married John Sims in 1955 and they moved to Montreal in 1958 as John was beginning his career in the RCAF. After a number of postings in the military, including two to Germany, they were transferred to St Catharines in 1983 where they remained after John’s retirement from the Canadian Armed Forces in 1988. Joan was a stay-at-home mom for their 3 children. Mother of Janet (Terry) Bailey, David (Debra) Sims and Geoffrey (Angela) Sims. Grandmother of Patrick (Amber), Kendra (Jason), Heather, Daniel (Madison), Amara (Vitaliy) and Eric. Great grandmother of Tristan and Tayven. Survived by her sisters Joyce and Margaret, as well as cousins, nieces and nephews, all in England. Deeply devoted to her husband, they were very active in walking, dancing, travelling and spending time with family throughout their life together. Sadly, John passed away in 2011, and at that time they had been married for 56 years. Joan outlived John by 11 years, missing him so much during this period. Joan was a woman with a big heart who loved her family and loved laughter, especially laughing at John’s humour and stories. The following describes Joan and John’s relationship: Love Forever, True Love and they are like a pair of book ends together. Joan will be greatly missed by her family and by all who knew her.
Cremation has taken place. Arrangements in the care of Passfield Mortuary Services. Joan and John will be interred in a niche together at the Victoria Lawn Cemetery.

Rest well, Mum, you have had a very good life. John and Joan are now back together again…forever together.