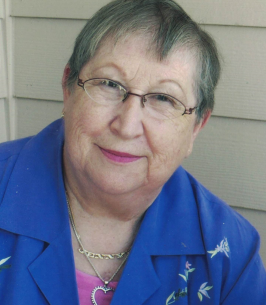 Kennedy: Jennifer Yvonne (nee Yanchuk)
A great ripple has been felt across our lives with the loss of someone who touched so many. We know we are not grieving alone for the loss of our mother, grandmother, great grandmother, aunt and friend to many. Jennifer Yvonne Kennedy (Yanchuk) died in her home with family present on February 23, 2022 at the age of 85. Pre-deceased by her husband Thomas William Kennedy who passed away on February 21, 2021 at the age of 94; her sister Olga Reid (Yanchuk) in 1999 and parents Michael and Martha Yanchuk. She leaves behind son Gerald Walter Kennedy, daughters Gloria (Krupski/Kennedy) Dawson, Tamara Glover (Alex Glover), Grandchildren Lori Glenn, Sarah MacDonald and Julia MacDonald, and great grandson Dawson Douglas. Aunt (cha cha) to Kim Reid (Martine Reid), Jeffrey Reid and Elisa Reid.
The celebration of life will be held for both Jennifer and Thomas Kennedy on April 2, 2022 at the Royal Canadian Legion Hall Brach 138 (Merritton), located at 2 Chestnut St. E St. Catharines from 12-4pm. Donations in lieu of flowers can be made to the March of Dimes St. Catharines branch. Flowers can be received on the day of the services at the Royal Canadian Legion Hall. Online condolences may be left at www.passfieldmortuary.ca