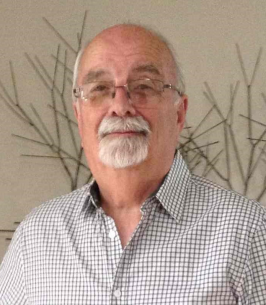 GILLESPIE: Gordon Wallace, “Gord”
September 23,1943- August 31, 2021
It is with heavy hearts we announce the passing of Gord with his family by his side at the St. Catharines General Hospital on Tuesday August 31, 2021 in his 78th year. He leaves behind his beloved wife and companion Magda of 57 years to cherish his memory. Loving father of Troy (Kim). Proud grandpa of Owen and Rachel. Gord is survived by his brother John (Agnes) Gillespie, sister in law’s Anna (Rick) Gale, and Evelyn (Paul) Lesarge and brother-in-law Paul Hecker. Gord will be missed by his 7 nieces and nephews. Pre deceased by his sisters Marilyn (Robert) Jackson and Anne Wilson and his brother-in-law Hubert Hecker.
Gord started his own business at age 21 called Brockview Service, and later in life he moved onto build a refurbished auto parts business called Core Rebuilders. Gord enjoyed fishing, jig saw puzzles, metal detecting, playing darts and watching his cop shows. He loved anything butterscotch, and a good pumpkin pie with a “cloud” on it. He had a few furry friends over the years, Buffy, Duke and Buddy. When he didn’t have his own furry friends, he always kept a pocket full of special cookies for any four-legged friends walking by. As per his wishes, cremation has taken place. Arrangements entrusted to PASSFIELD MORTUARY SERVICES INC (905)682-0474. In lieu of flowers, donations in Gord’s memory to the local Community Care, or the local soup kitchen would be appreciated by his family