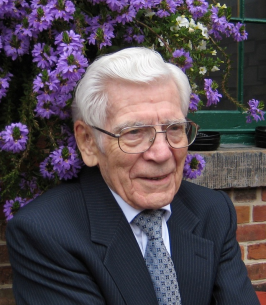 Dr. George Campion entered the gates of Heaven on December 30, 2021, at 97 years of age to a resounding “Well done, good and faithful Servant.” He is survived by his wife of 72 years, Esther (Helser) Campion, and their four children Marjorie, Don (Sueanne), Barb (Keith), and Betsie (Dave), 9 grandchildren, 8 great grandchildren and 1 on the way.

Born and raised in St. Catharines, Ontario, Canada, George went on to graduate from the University of Toronto (U of T) School of Medicine in 1948 and interned at St. Michael’s Hospital in Toronto. George and Esther met as teenagers. Esther graduated from the Toronto General Hospital School of Nursing with a Nursing degree. They were married on September 16, 1949, in the chapel of the U of T School of Missions. They joined SIM (formerly Sudan Interior Mission), responding to the call to become life-long medical missionaries. At the age of 27, after 10 months of additional training in surgery and tropical medicine in London, UK, George and Esther traveled by ship to Lagos, Nigeria, West Africa, and then made their way inland by dirt road to the remote village of Egbe.

George lived a life of service and dedication to God. In 1951 he founded Egbe Hospital and in 1955 the School of Nursing in Egbe, Nigeria. He served alongside many missionaries and Nigerians in Egbe for 36 years overseeing the construction of the medical complex in the early years, and working as a physician, surgeon and medical director. George and Esther also served for two years at Galmi Hospital, in Niger. Furloughs to Canada included working in St. Catharines, Bancroft and Toronto. George had a profound impact on medical missions and influenced hundreds throughout his missionary career. In 1986, George and his wife returned to Canada where he worked at the St. Catharines General Hospital and Hotel Dieu Hospital until he retired at age 88.

As a longtime member of Calvary Church, St. Catharines, George continued his focus on missions, supporting many missionaries and Nigerians, praying for them daily and always giving God the glory for the impact. He lived his favourite Bible verse, “Seek ye first the Kingdom of God and His Righteousness and all these things will be added unto you.” Matthew 6:33

George maintained an active lifestyle of gardening, walking, canoeing, enjoying sports,and classical music, and fixing everything, keeping busy despite the challenges of aging.

In lieu of flowers, donations to the Egbe Hospital Revitalization Project/Egbe Medical Mission in honor of George’s medical mission service in Nigeria would be appreciated by the family. https://egbehospital.org/donate-to-egbe-hospital/

A Celebration of Life Service for Dr. Campion will be held on March 5, 2022, at 11:00 EST, at Calvary Church, 89 Scott St, St. Catharines, ON L2N 1G8, Canada:
To register to attend in person, please visit: https://calvarychurchonline.churchcenter.com/registrations/events/1173864

Please copy this link to your search engine to join the service live on March 5th. https://youtube.com/channel/UC68-Ak5tBZp-FWfQp5Sw-aw