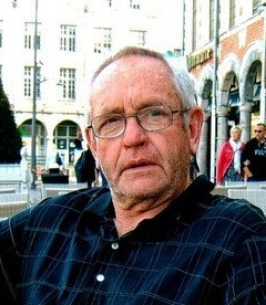 Gary Ernest England
It is with great sadness that we mourn the death of "one of the Port boys", Gary Ernest England, who passed away at home in the loving presence of his children on Friday September 9, 2022 in his 85th year.
Gary was a devoted husband to Cathie, his beloved wife of 48 years until her death in 2010.
Dad to Lynda and Matt Kissner, Gary Jr. and Andrea Johnson, Joanne and Mike Lingaitis and Joe and Judy England. Gramps to Ben (Roksana), Nicole (Josh), Jonathan (Anna), Thomas, Andrew, Emily, Steven, William, Michael and Owen. Great Gramps to Ian and Adam. Great Gramps was saddened by the loss of Spirit, Kingsley and Sol.
Gary will be missed by his sisters Carol (Wayne) Parkins, Lynne Moody and brother Terry (Bernie) England and brother-in-law Ewart (Christine) Hackett.
Gary will also be missed by Mary Ann Novaco, his partner and world travelling companion.
Easily befriended, Gary leaves behind an abundance of new and lifelong friends near and dear to his heart.
After spending most of his teaching career at Lakeport Secondary School, Gary retired from teaching in 1995 thereafter working tirelessly on the Royal Canadian Henley rowing course.
As a Dad, a teacher and as a coach, he created a lasting legacy by inspiring his children, grandchildren, students and athletes to be the best they could be!
Thank you to the Niagara Home Care Palliative team who helped care for Dad.
As per Gary’s wishes, a private funeral service will be held. In lieu of flowers, donations to the Canadian Tire JumpStart Foundation (Niagara Chapter), ALS Society of Canada or the charity of your choice would be welcomed by the family.